Island Invasion has been out for two weeks now, and I have planned to do a bit of writing about the game’s development over the coming weeks. I always find it fascinating reading about the development of other indie games, and sharing this knowledge is vital amongst indies in my opinion.

I want to cover a few things:

Some brief facts about the game

How I settled on the concept and scope

I’ve been making games in my spare time for around 10 years now, and as the years go by I get more and more agitated that I haven’t made much progress towards doing this for a living. Learning is one thing, making a business out of your passion is another completely.

With that in mind, and with tens of dumped projects behind me, I set myself the target of releasing a commercial game this year – something people could buy, play, and most importantly enjoy.

In this market, I believe focusing on a specific genre is important. There are more game developers and games released than ever, so standing out is increasingly difficult. Curveball Games is all about strategy and simulation games, genres that have brought me so much joy over the years, and in my opinion have a lot to give in terms of innovation and exploration.

In terms of scope, as previously mentioned, I have a fairly large backlog of unfinished projects. Why are they unfinished? The most common reason is “it’s too big to finish”. As someone with a full time job, as well as other commitments we all have as adults, my most valuable resource is time. The projects I’ve worked on before have got to a well-developed “prototype” stage, then stayed there, because the road ahead is just too far in the distance, and by the time I’ve reached the end, it may not have been the best route anyway. A few of these prototypes did just end up being poor concepts, but each one was a learning experience that helped towards working out the scope for my first commercial game. 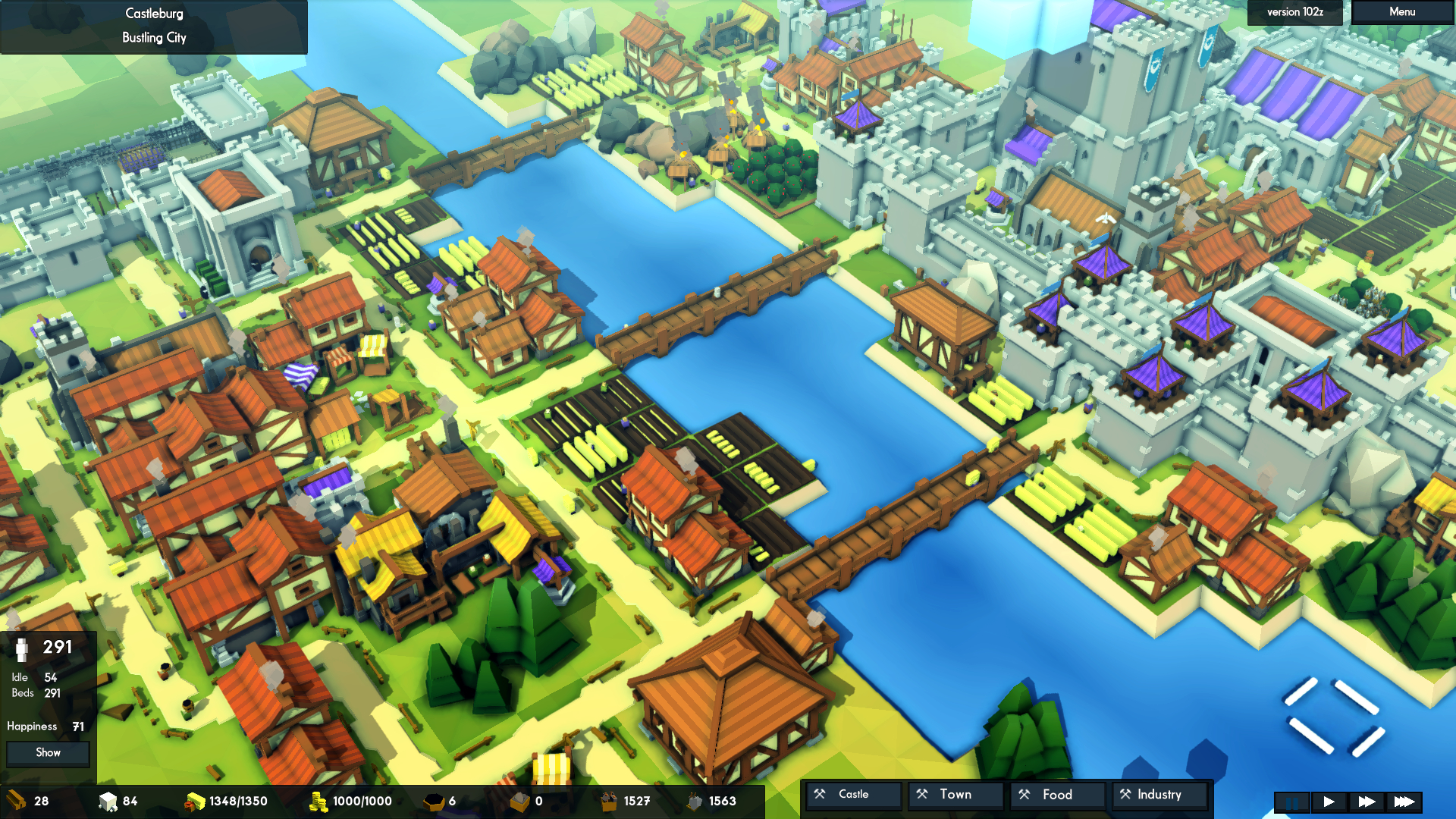 Kingdoms and Castles, the visual influence for Island Invasion

Having a year to make a game is a very good way of controlling scope, so long as you know what you can do in a year. My strengths are as a programmer, and so I overloaded that as best I could. I settled on a simple, low-poly style, most heavily influenced by the excellent Kingdoms and Castles (above). For most of my projects I’ve used 3D modelling in Blender, so I know how to create basic structures, fauna and such. Given I have at best intermediate modelling skills, I also settled on a game with non-living entities, as animating and rigging things like animals is a skill I don’t have much experience in.

I settled on a tower defense game, as the scope is easy to control, and the gameplay blueprint is simple to follow – enemies follow a path, you stop them getting to the end by placing towers. Programming a tower defense game is pretty simple too, and I’d done weapon and target management, enemy movement, and a simple game state in previous prototypes for games. Still I wanted to make it more than “just a tower defense game”, so I took some ideas from other games to make it more unique. Maps are (and later, waves) procedurally generated, firstly because I’m a programmer, and hand-designing these things well takes a lot of time, and secondly because I wasn’t planning on having a story or level-based game – I wanted something arcadey. Playing the same level over and over is boring, so this solvs that problem neatly. The other major sell is the ability to control the path the enemies take by placing “blockers” in the water. This was actually lifted from a game called X-Morph Defense, in which you can collapse buildings onto the enemy path to force them down longer routes. 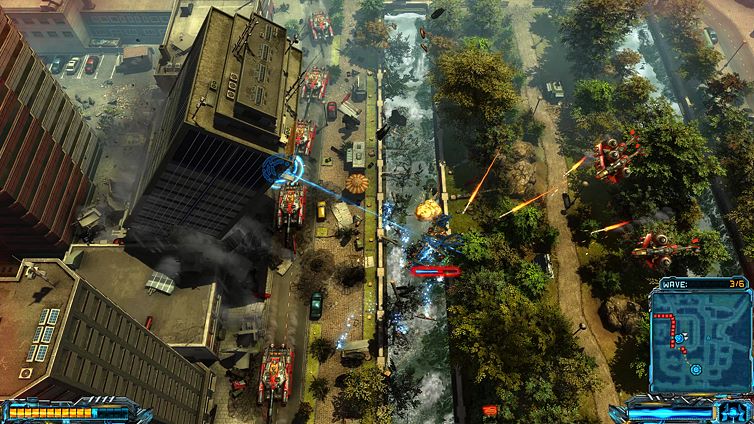 This gave a good overall scope for the game. That said, some things were cut as they complicated the game or otherwise added too much development work:

It’s important to cut these when you need to to keep things in scope. Some may still make the light of day in post-release content, but to get the game finished, they were removed without remorse!

There were a number of new experiences this time around, which I would never have had if I’d kept on making unfinished prototypes. I want to share a few tips that some other aspiring game developers may find helpful one day, which leads me nicely to my first lesson:

Here are a few more that I’ll list which I’ve learnt over years of development experience, not on this project, but leave the details out, simply as the post is getting quite long!

A few people have asked me if I have game number 2 scoped out yet. I have a few ideas, but nothing concrete. First I plan to take a break over Christmas, though inevitably I’ll end up doing something game dev related. I’d like to learn about Unity’s newest features and whether or not I could or should use them, as well as do some more 3D modelling and texturing practice. I plan to start scoping and designing game 2 around March or April.

I want to write a few more blogs like this over the coming weeks, focusing more on the technical side of Island Invasion. As a programmer I feel I’m best placed to talk about technical things, so I’ll go over how I approach designing and managing the codebase, as well as some neat little tricks and design patterns I used.

As for Island Invasion, I’m hoping to release at least one “major” update in the new year, which will be “special powers” which can be activated each once per wave. These will be things like artillery barrages to lay down a siege on those pesky Dreadnoughts! There are a few small bugs to fix too.

I’m happy with how Island Invasion has turned out. I didn’t expect it to be a world-beater, and I don’t expect it to make a profit. That said, it’s steadily selling on Steam to hit the “low” revenue estimate of £500 I set. It’s been more pleasing to see two positive reviews from people I don’t know, one of whom seems to be getting a lot of playtime from the game! The best part has been the reception from friends and strangers alike. Overall, for me it’s been a successful project for what I aimed to achieve.

Here’s to the next one!